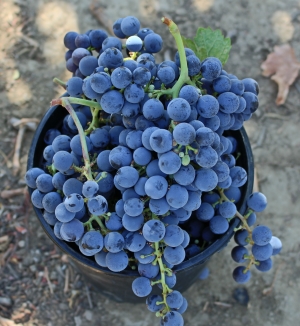 Freedom from viruses and other pathogens in grapevine stocks is important because all plants for plantings are produced by vegetative propagation. If present, disease agents will be readily perpetuated in the progeny. Once diseased plants are established in commercial vineyards, they are not amenable to any curative or therapeutic control measures. The most effective disease control option in most instances is removal of infected plant or plants. Further, several disease agents are spread secondarily by natural vector species, i.e. mealybugs and nematodes.

The principal method proven most efficient in controlling virus and virus-like diseases in grapevines involves applying pathogen exclusion protocols in advance of wholesale plant propagations. These protocols are often performed in the framework of clean stock/certification programs. Certification schemes worldwide share a common objective: to identify healthy sources for propagation through the application of time-tested indexing procedures as well as more recently developed molecular assays. Even so, the actual procedures and protocols can vary widely depending on the specific pathogens being targeted, the endemic disease agents in a production region, the availability of techniques and financial resources, and the expectations of industries served. The first step is the establishment of foundation or nuclear source plants; these plants test free from all known harmful viruses and are professionally identified for true-to-type phenotypes.

At Foundation Plant Services (FPS), we produce and maintain grapevine certified nuclear stock materials that become available to nurseries and growers in California, the United States, and foreign countries. The California Department of Food and Agriculture (CDFA) administers the statewide California Registration and Certification (R&C) Program for Grapevines. By the establishment of the National Clean Plant Network (NCPN), further support was provided through the Federal Government 2008 Farm Bill for specialty crops including grapevines nationwide. “The purpose of NCPN is to ensure the availability of high quality asexually propagated plant material that is free of targeted plant pathogens and pests that cause disease and resulting economic loss, to protect the environment, and ensure for the global competitiveness of specialty crop producers. The NCPN promotes disease and pest free specialty crops, rapid and safe introduction of new varieties from foreign sources, hygienic products for export, and a wholesome and abundant food supply.

It attains these objectives by supplying pathogen and pest tested plant material for production of plants for planting. NCPN conducts research to improve its diagnostic and therapeutic service.”

However, an important decision reached by the Grape Clean Plant Network (CPN), in conjunction with members of the Core Working Group, at the Grape CPN meeting in February 2009 was to set the future national standard for grapevine foundation material in the United States at a rigorous new level. Compliance with the new NCPN standard will ultimately be required as a prerequisite to NCPN certification for a foundation vineyard on the 100-acre Russell Ranch parcel on the UC Davis campus. To qualify as Protocol 2010 plant material, two primary qualifications must be met. First, the FPS source vines are generated using microshoot tip tissue culture techniques, i.e, cut from a piece of the meristematic dome that is 0.5 mm or smaller in size. Second, these source vines must test negative for the extensive list of pathogens detailed on the Protocol 2010 list (Table 1), using testing techniques which include PCR, ELISA, herbaceous and woody indexing. This testing scheme is designated “PROTOCOL 2010.” Many nepoviruses exclusively reported in Europe and other parts of the world have been added to the list to ensure the freedom of our foundation material from these exotic and harmful viruses too. Research is underway to develop the sensitive qPCR assay for any viruses for which the test is not currently available.